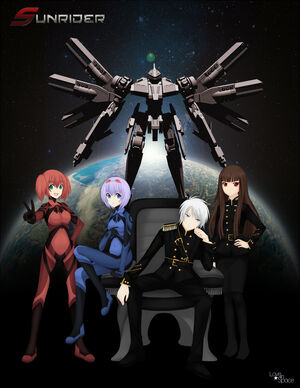 The cover-image for the first-edition version of Sunrider 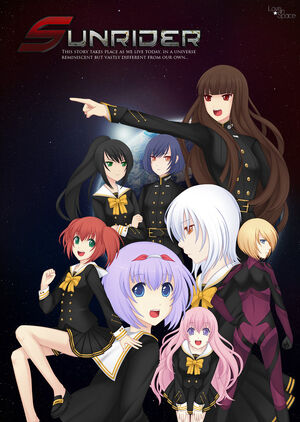 The cover-image for Sunrider: First Arrival & Sunrider: Mask of Arcadius

Sunrider is a space visual novel/tactical RPG developed by Love in Space. Captain your star ship and lead your squad of mecha pilots to victory!

It has a high school spinoff, named Sunrider Academy. There is also a novelization of the game.

In an alternate universe to our own, humanity has subjugated all other life in the galaxy and spread throughout the stars. However, peace is a forgotten state of existence. PACT, a revolutionary front, has toppled the once mighty New Empire and is spreading throughout the galaxy. Led by the mysterious Veniczar S. Arcadius and his cult of personality, PACT appears intent on dominating every human being in the galaxy.

You are Captain Kayto Shields of the starship Sunrider. Hailing from the neutral world of Cera, you are thrown onto the galactic stage when your world is invaded by PACT. Your mission: To find allies from across the galaxy and stop the PACT menace once and for all. To accomplish your goal, you will have to fight a one ship struggle against a vast galactic power. Forge alliances with other nations. Befriend supporters. Build your mecha squadron, and tend to your mecha pilots' needs. Win the affection of your crew... or their disapproval! Your decisions will impact not only your crew's impression of you, but the fate of the galaxy!

The first two installment are available for free as Sunrider: Mask of Arcadius, with open source assets under a Creative Commons Attribution-NonCommercial-ShareAlike 3.0 US license. However, the latest version of the Github repository uses a more restrictive license.

The third installment, Sunrider: Liberation Day, will be a paid product (but free for Kickstarter backers, Patreon sponsors and winners of the past fanfic contest). It is currently in development, with a closed beta. 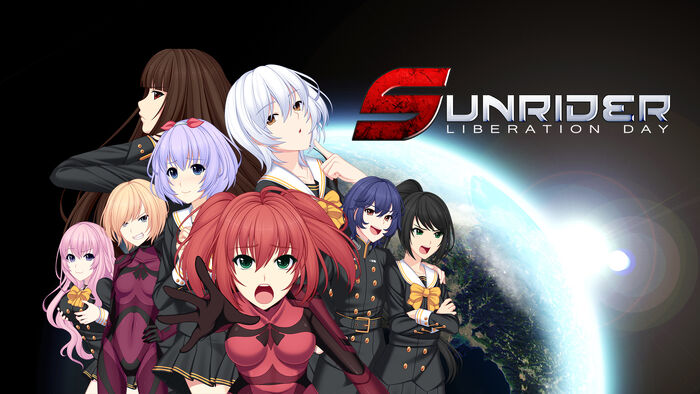