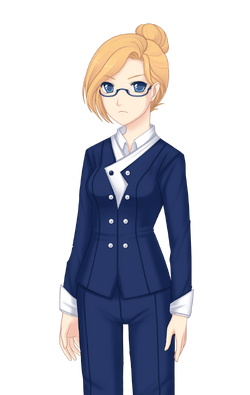 What would you want to buy?

Vice Secretary of Operations of the Mining Confederation, Sophita was the contact that Asaga Oakrun and Chigara Ashada had with them, and the one that contracted the two to patrol and defeat pirate raids around Tydaria. After hearing the exploits of the Sunrider, she became the representative of the Confederation with it's captain, Kayto Shields. Sophita offers diverse things and contracts, all of them paid with money, the only language the Union understands. The things they sell tend to be special licenses for more powerful equipment, rockets and even maybe Lost Technology. The captain can contact her anytime with his FTL transponder. Since the Cera Space Force was almost completely destroyed, she is the only one that can resupply the captain with more rockets or Repair drones.