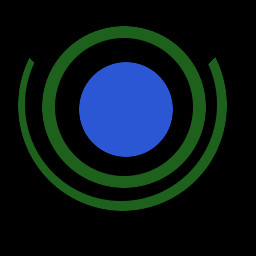 The Solar Alliance is the current dominant power house of the Galaxy, only rivaled by the rise of PACT.

A military, economic and research alliance between several worlds, centered around Solaris and it's surroundings (called the Core Worlds), it was the victor of the The Alliance-Imperial War, which was what propulsed the once tiny Solaris as the dominant superpower. It is unknown if it's a single or bi parliamentary system, but its main concentration of power is in the Solar Congress, on Solaris. The two main parties that form the Solar Congress are the Progress Party and the United Universalists Party, with current President Alythe pertaining to the first. Despite it's democratic nature, it's not without shades, such as the famous occupation of Far Port, where, after recovering the planet from the New Empire, the Alliance never actually returned it to the Holy Ryuvian Empire. This not only ensured the control of a critical strategic planet (Far Port guards the access to the Core Worlds), but also cemented the decline of the Holy Ryuvian Empire, after it's brief resurgence during the War. Not only that, having both a democratic system and massive size means that is in continuous political deadlock, with cases in which a single politician has to represent a billion of citizens. With the increasing power of the Alliance, the diverse lobbies that either laid at it's core or welcomed the new superpower also gained a lot more influence. Due to this and also because of the earlier misrepresentation problem of the people, the Solar Congress has become a place where any kind of direct governance has become nigh-impossible, and where the corruption and influence of the lobbies doesn't stop growing. Due to this, the planets in the Neutral Rim maintained their distances.

More than using the resources of a single miraculous planet (like PACT and the New Empire did with New Eden), the Alliance obtains it's enormous economic, military and technologic capabilities from joint development between around 100 planets of class 10 or more. While this requires an incredibly high amount of bureaucracy, this results on individual planets having superior infrastructure and technology than even planets of equal class and population like Cera

It's current head of state is President Alythe, and it's most respected military officer is Admiral Harold Grey, the commander of the Emerald Fleet. 1st Lieutenant Kryska Stares is a soldier from the Alliance, and Icari Isidolde and Claude Triello were born there. 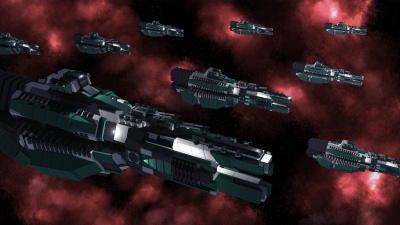 The 2nd Fleet in action

Being the current superpower, the Alliance also had the most powerful space fleet in the galaxy since the decline of the New Empire. Despite the militaristic and expansionist policy followed by it's rival, PACT, the Alliance force continues to be at least on par with Pact's Fleet, and is remarkably superior in it's production capacity. The main weakness of the Space Force is that, due to the federal nature of the Alliance and it's weak central government, is spreaded out in all the Alliance's territory. This limits specially it's First Strike capabilities and amplifies it's weakness to surprise attacks in a Blitzkrieg manner. It has at least 5 active fleets (1st, 2nd, 3rd, 4th and 6th Fleet), and it's main force is the 1st Fleet, a force of 200 ships comprised mainly by cruisers and led by Admiral Grey. When at war, it can deploy an astounding amount of ships (aside from an increased production rate) if given the time. Due to this, is very usual to see the Alliance concentrate and designate its main force as the Combined Fleet instead of using fleets as independent forces. This also allows the Space Forces to unify its Chain of Command, killing two birds with one stone.

The ship that forms the main line of the Alliance Fleet is its cruiser. An old design, it was designated as a battlecruiser, now is recognized as Cruiser by PACT and Neutral Rim space forces. An excellent design, it is a proof of its success that it still a good match to any enemy. Having the firepower equal to top of the line battleships and the agility of a cruiser, is still sturdier than a normal cruiser and has moderate flak and armour. Its only flaw is its lack of shielding due to being an old design. Despite it, precisely because of its reliability, its produced in big quantities by the Alliance with excellent efficiency (which further enhances the production capacity advantage of the Alliance) and its easy to reactivate after prolonged time in storage as a reserve.

Having been almost 100 years since its last important conflict, the Alliance Space Forces are completely unaware of the shift of military doctrine. While its love for kinetic firepower mitigates this flaw, it still remains that most of the Alliance higher military commanders are old men without much direct experience. Another problem of the military is it's absolute submission to the civilian government. With both the military budget and operations tightly supervised by the Solar Congress, and having to take into account moral and political consequences over military ones, the Space Forces feel that they fight at disadvantage against the totalitarian PACT. This has started a wave of discontent through it towards the Solar Congress, and especially the Progress Party.

The Space Force has a Spec Ops (Special Operations) Unit, and follows a standard rank system and classification of units in squads. Crew are gender-segregated between different ships.