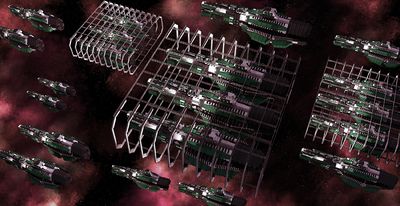 The Combined Fleet moored above Ongess

The combined Fleet is the biggest fleet of the Solar Alliance and is currently under command of Admiral Harold Grey. The armada is made up of survivors from the alliance 2nd fleet, which after its assault against Cullen's command group in the battle of Far Port was mostly destroyed, The emerald fleet (also as the alliance 1st fleet) And further reinforcements.

The fleet was instrumental in liberating a good chunk of the Neutral Rim, as well as the important planet Ongess where Ongessite can be found. However after an attack by Fontana and Cossete, the Combined Fleet lost 30% of its ship. But according to Alliance Admiral Grey, reinforcements would be arriving to reinforce the fleet from the Core Worlds